Potter Valley is green and wet this spring, with chorus frogs singing in the ditches and every footstep creating a miniature puddle. Cold and rain give us a little more time to plan this year’s crops, and the more we plan, the more we plan to plant. It’s going to be an adventuresome vegetable-packed year.  Here are some of our new seed additions for you to consider for your coming season…

We have two new squash varieties for 2018, one summer and one winter. The winter squash is Baby Butternut, a smaller version of the old favorite. Vines are compact, and fruits are a manageable 2-5 lbs. Many of the friends and neighbors who received samples reported that this was the most delicious butternut they’d ever eaten - especially sweet after 3 months of storage on the guest room floor. 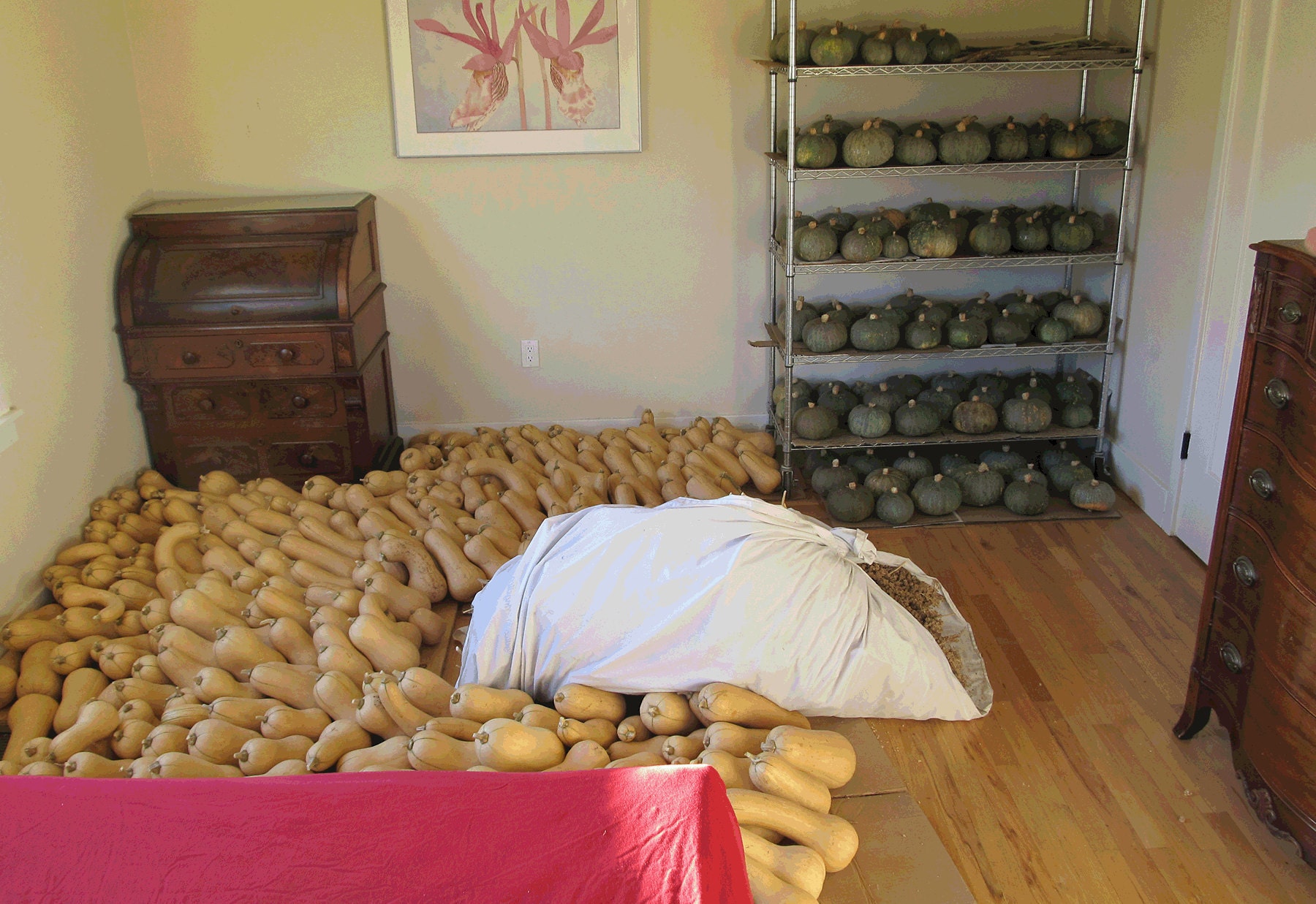 Which makes us wonder at all those glowing seed catalog descriptions of “the most delicious” butternut squash. Seems like there’s such a claim for every variety. So this year we’ll be growing Baby Butternut again, alongside 7 other butternut varieties (Waltham, the standard; Honeynut, the current fad favorite as popularized by Michael Pollan; Rugosa, the warty Italian heirloom; plus 4 more obscure but highly praised contenders). We’ll track all of them for health, vigor, heat tolerance, and production, and next winter we’ll do side-by-side taste testing with all the varieties. Meanwhile, we stand by Baby Butternut as a sure winner for sweet rich flavor, smooth texture, and convenient size.

Success is our new summer squash for 2018. It’s a newly released open-pollinated yellow straightneck variety, developed and introduced by High Mowing Seeds. With summer squash, even organic commercial growers usually go for hybrids because the hybrids out-produce open-pollinated varieties. Not so any more. Success has the buttery sweet taste of an old-fashioned heirloom, and out-performs the hybrids.

An heirloom cucumber that routinely out-performs hybrids is the Marketmore 76, also new from Open Circle this year. It’s the standard slicer, with blocky uniform 9” fruits. We’ve added it because of its incredible productivity and vigor, even with 2017’s record heat.

We’ve also been looking at heat tolerance in lettuces, and have 2 new additions on that score. Jericho is a Romaine developed in Israel and adapted to desert heat and low humidity – the best Romaine we’ve found so far for hot weather. Sierra is a Batavian that made it through last summer’s 115-degree spells without tip-burn, bolting, or bitterness. We’ve also added Platonic, another Romaine – not as well adapted to extreme heat, but big, vigorous, deep green, and tasty. It was developed by Frank Morton of Wild Garden Seeds, and is an Open Source Seed Initiative variety.

We’ve entered Eggplant World with a variety called Malaysian Dark Red, which out-produced other Asian eggplants, was not fazed by summer heat, and dressed in the most beautiful bright purple.

Here’s wishing you a bountiful, adventurous, and delicious 2018 season.